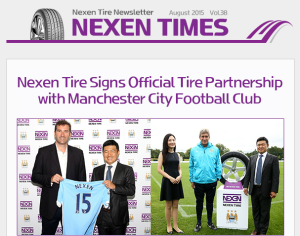 Nexen Tyre has become an official Partner of Manchester City Football Club (FC), one of the English Premiere League’s strongest teams, as a part of the company’s sports marketing plan.

About the Author: Web2Go